People watch TV, go to movies or theater to be entertained. The truth is, everyday life can be rather mundane and boring. Imagine watching a film of somebody going through their typical day. You’d probably fall asleep before the first 10 minutes were up. The fact of the matter is, people’s lives are dull, at least most people’s.

This brings us to the problem of entertainment, especially in the movie or TV business and most especially in the theater. We need our entertainment to be just that, entertaining, yet at the same time we need it to be based in reality. If you were watching a cops and robbers TV show and suddenly you saw your favorite police officer pull out a skate board and chase the criminal down brandishing a laser gun, well, your reality would pretty much be shot to heck and the credibility of the show itself would be destroyed. The shows must be based in reality and yet must still be entertaining. This is a very hard line to walk.

Actors have the hardest job when it comes to bringing reality to a part without putting an audience to sleep. The above example is extreme but the problems can even occur with more subtle things.

Let’s take a scene where the hero cop is interrogating a suspect. For starters, he can’t go throwing him around the interrogation room. There are certain rules cops have to follow and failure to do so can lead to a case being thrown out of court, or worse, a lawsuit against the department. But during the interrogation the suspect finally admits to the crime, most likely a savage murder, and even smiles about it. The hero cop is outraged and he wants to just take this slime and wipe up the floor with him. Realistically he can’t do that. But he doesn’t have to. A good actor can convey that emotion and desire by the look he gives the suspect. Maybe he even starts to go after him but then stops himself, the look of pure hatred for this person in his eyes. That is great acting and how you bridge the gap between dull reality and exciting drama. Mixed in with a tense score and the scene will probably have more impact than if he punched the guy out into next Sunday.

In order to pull off this kind of reality the actor must imagine how he would truly feel if confronted with such a person. Many actors think of things when playing scenes like this that truly do get them angry. Just like when an actor needs to cry he or she thinks of something that makes them very sad. This is a common practice among your more versatile actors.

The truth is, all entertainment, even science fiction, is based in some kind of reality, even if it is the reality of emotions, which we all have. The ability to display those emotions in a realistic, yet entertaining way, is what makes a great actor and a great performance, the kind that we don’t soon forget. 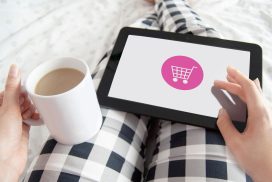 When most people think about high fashion clothing, they automatically picture a lot of zeroes on the price tag. The… 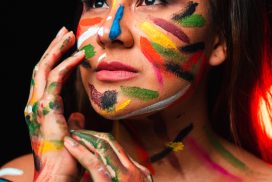 Kids of all ages love to have their faces painted (especially the younger ones!), so its the perfect thing to… 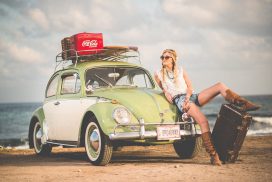